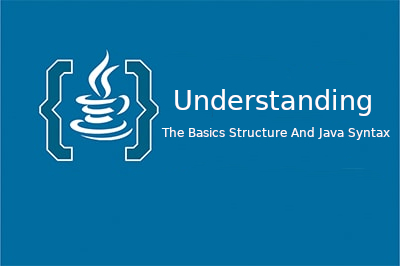 When you first see a Java program, you might be wondering. What the f**k is that?

Many things we do not know yet.
What the package is about?

What the class is about?

Therefore, we need to learn the basic syntax and structure of Java programs.

Basic Structure of The Java Program


Java program structure is generally divided into 4 parts:
Let's look at an example:

Let's discuss them one by one…

1. Package Declaration
Package is a folder that contains a collection of Java programs. Package declarations are usually used when creating large programs or applications.

Normally, the package name follows the domain name of a vendor who made the program.

In the example above, I use com.codingforjava where it is the domain name of Coding For Java. The rule is that domain name is reversed, then the program name is followed.

What if we don't declare the package?

It's okay and the program will still work. But, later during production, for example when creating an Android application, we must declare the package.

2. Import Section
In this section, we import the libraries needed for the program. Library is a collection of classes and functions used in creating programs.

Example of importing a library:

In the example above, we import the Scanner class from the java.util package.

3. Class section
Java is a programming language that uses the OOP (Object Oriented Programming) paradigm. Each program must be wrapped in a class so that later it can be made into an object.

If you don't understand what OOP is?

Simply understand the class as a program name declaration.

The above is an example of a class block.

The class block is opened with curly braces {then closed or ended with}. Inside the class block, we can fill it with methods or functions as well as variables.

In the example above, there is the main() method.

4. Main method
The main () method or the main () function are the blocks of the program to be executed first.

This is the entry point of the program.

We must make the main() method. Otherwise, the program will not be executed.

Example of the main() method.

The main() method has the args[] parameter. This parameter will store a value from the argument in the command line.

Then, inside the main () method, we have a statement or function:

The code above is a function to display text to the screen.

Statements and Expressions in Java


Statements and expressions are the smallest parts of the program. Every statement and expression in Java must end with a semicolon (;).

Examples of statements and expressions:

Statements and expressions are instructions that will be run by the computer.

In the example above, we tell the computer to display the text "Hello World", and "How are you?".

Then we tell him to calculate the value of x + y.


A program block is a collection of statements and expressions wrapped together. Program blocks are always opened with curly braces {and closed with}.

In the example above, the main() program block contains the if and for blocks.

We will learn more about blocks in:

Branching on Java.
Iteration in Java.


Comments are a part of the program which is not executed by the computer.

The comment function is:
Writing comments on java is the same as in C language using:


A string is a collection of characters. We often know it as a text.

Strings in Java must be enclosed in double quotes as in the example above. If it is enclosed in single quotes, it will become a character.

So please make it a concern:

The three variables above are three different variables, although they all use names as their variable names.

Many beginners are often wrong on this matter. Because they cannot distinguish which variables use uppercase letters and which use lowercase letters.

Note, the letter C is capitalized.


The case styles used by Java are camelCase, PascalCase, and ALL UPPER.

Then for PascalCase, it is used for writing class names.

Then, writing ALL UPPER or all capital is used to create a constant name.

For writing two or more syllables, ALL UPPER is separated by the bottom line or underscore (_).

Is it okay I write about anything?

For example for the class name using ALL UPPER?

It's okay, the program won't get an error. But the program code will look dirty and out of the guide line that has been set.

Those are some rules of writing Java syntax and basic program structure that should be known. Happy coding ...