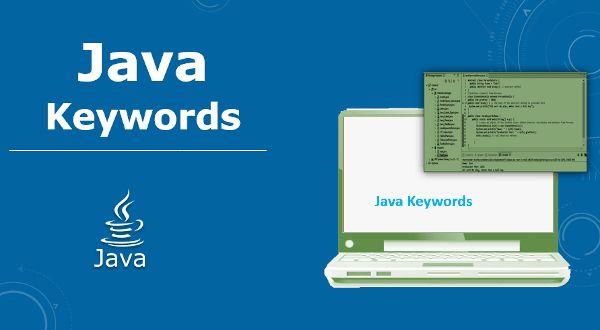 A java application is a group of classes that talk to each other by executing other class methods and sending messages by entering parameters into the method. In this section we will learn about java keywords, identifers and the concept of access control.

What is java keyword?


Java only has 44 keywords. All of these keywords belong to the Java language. So, we must use it correctly and should not be used for other purposes, for example as variable names or class names.

Some keywords are quite familiar in all programming languages, so there is no need to explain in detail.

What is java identifiers?


Identifers are names that can be declared in java but are not part of the java keyword. Java identifers include: classes, interfaces, variables/properties and methods.

The procedure for naming identifers in java is governed by several rules:
We will discuss one by one the rules above.

The rules of the compiler about naming identifiers are very clear because there will be an error at compile time if this rule is violated.

Following are some of the conventions used in the Java Code Convention:
The JavaBean concept was created by Sun as the basis of components in java applications. The use of JavaBean by IDEs such as NetBeans is to make Swing components visually manipulated.

Modern frameworks such as Spring and EJB have also adopted the concept of JavaBean, so the term JavaBean often appears in the documentation of this framework. Spring uses the term bean instead of JavaBean, but technically they are the same.

To understand the concept of JavaBean, there is a term called Properties. Basically, a property is an instance variable that is directly below the class, whose access modifer is private. Since it is private, a method must be made to access properties from outside the class. The method for accessing properties is usually referred to as a getter and the method for changing property values is called a setter.

The following rules for naming methods are used to access the properties (getter setter) of JavaBean:

In the Java programming language, there are four types of modifiers can be used for variables, methods and classes. The following is a table that briefly explains the types and levels of permissions on the modifier:

Public access modifier means that it can be accessed by anyone without restrictions.

Notice the example below:

The fruit class is declared public and within the com.mypackage package.

Then the FruitTest class is in the test package as below.

Protected means that it can be accessed inside the package or outside the package but only through inheritance which is one of the important concepts of java programming.

The Fruit.class resides in the com.mypackage and applies the protected modifier to the showMessage(); method.

Consider the example below, where the Fruit.class and the FruitTest.class are in the same package which is com.mypackage. The showMessage() method has a default access modifier. When this method is to be accessed by the FruitTest.class (different class), an error will occur stating that the method is "not visible".


Private can be used in class constructors. However, if it is implemented, you can not create an object outside the class.


That's all about the difference between public, private, and protected modifiers in Java. Rule of thumb is to keep things as much private as possible because that allows you the flexibility to change them later. If you cannot make them private then at-least keep them package-private, which is also the default access level for class, methods, and variables in Java. You should also keep in mind that access modifiers can only be applied to members e.g. variables and methods which are part of the class, you can not make a local variable public, private, or protected in Java.