Is Java Easy To Learn? - 7 Reasons Why Learning Java 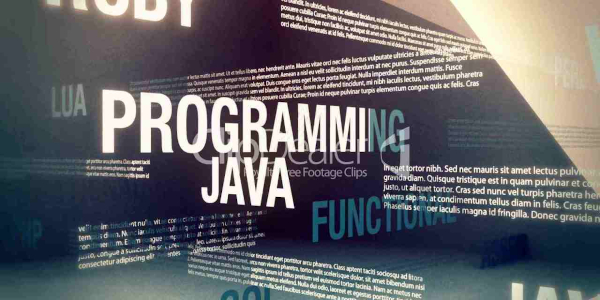 So it will depend on your definition of the best programming language, when it comes to popularity, there is no doubt that Java is on top, even if compared to C, which has existed for 50 years. Java offers many opportunities in terms of employment. You can develop Java cores based on server applications, J2EE web and enterprise applications, and can even go into Android-based application programming.

Reasons to Learn Java For Beginners

There are several reasons that can be considered why Java is a programming language worth studying in terms of opportunities, development and support from various communities.

When you see Java syntax, most use English. The syntax of the Java programming language is the set of rules defining how a Java program is written and interpreted. The syntax is mostly derived from C and C++. Unlike in C++, in Java there are no global functions or variables, but there are data members which are also regarded as global variables.

This makes Java programs easy to read and also easy to learn. As one of the best programming languages, Java is designed to be easy to understand, and produce products quickly through this language.

2. Java is an object-oriented programming language

During this time, there are two kinds of programming languages, namely, procedural and object-oriented. The downside of a procedural language is difficult to develop a large-scale program.

3. Have an outstanding IDE.

Believe it or not, Eclipse and Netbeans have had a crucial role to make Java as one of the best programming language. You can do the coding using the IDE with convenient, especially if you have been coding in DOS Editor or Notepad.

This IDE not only helps in the code completion process, but also in its ability to detect bugs, which is one of the important things in program development.
IDE has made a breakthrough by making Java development easier, faster and clearer.

Apart from the IDE, the Java platform also has some other useful tools like Maven and ANT to build Java applications, the decompilers, JConsole, Visual VM to monitor the use of Heap and others.

One factor that makes Java successful is it has a rich API, and more importantly the API comes with a Java installation by default. Java provides APIs for I/O, networks, utilities, XML parsing, database connections, and so on.

Whatever is left behind is covered by open source libraries such as Apache Commons, Google Guava, and so on.

Furthermore there is Javadoc, which makes you learn Java easier. Javadoc also become a reliable reference when you perform coding. Javadoc is also a document that provides a lot of information about the Java API. Without documentation from Javadoc, maybe Java will not be popular. Javadoc also makes Java one of the best programming languages.

Open source libraries ensure that Java can be used anywhere. Apache, Google and many other organizations have contributed in establishing many libraries, which in turn make Java development easier, faster and more effective.

There are several frameworks such as Spring, Struts, Maven ensuring java development using the best way, promoted by the use of design patterns and is supported by Java developers to give the best results.

6. Support from the community.

Java has a lot of active forums, stackoverflow, organizations that provide open source and several groups of Java users to help everything. If you are a beginner, then there is a community to help beginners learn Java. Similarly, if you are in an advanced level or even an expert.

Furthermore, many programmers contribute as a tester. Expert programmers provide free advice on various Java forums and stackoverflow, so that for beginners will provide a more confident feeling.

7. Java is free and everywhere.

Everyone likes free ones. These factors make Java more popular among programmers as an individual or organization that will develop the strategic program.

Java is everywhere. That's right, Java is on mobile, desktop, cards, and so on.

Well, that's 7 reasons why you should learning java programming.