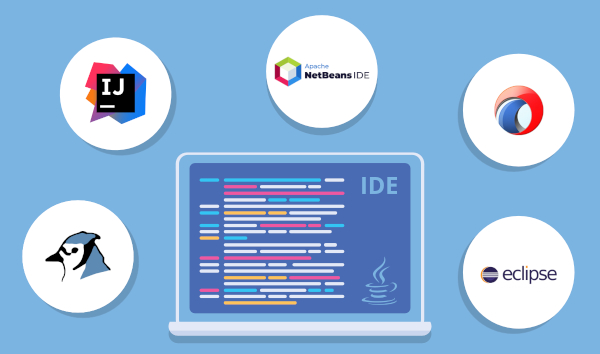 IDE or Integrated Development Environment is a software application that provides comprehensive facilities for computer programmers during the software development process. By default the IDE has:
IDE can provide convenience and speed for programmers. Sometimes choosing which IDE to use is time-consuming. As an option, you can use notepad or use an IDE with various features such as NetBeans, Eclipse Java IDE, JDeveloper, Intellij, Android Studio, JEdit, or MyEclipse.

Which IDEs Should Be Used?

The real answer is based on programming needs, budget and desires. However, beginners can use the most popular IDEs such as NetBeans, Eclipse and even BlueJ.

Because Java is widely used in various fields such as software development, android, networking, system development, education, games development and so on, therefore each IDE offers different features. Usually, an organization or professional developer will spend enough time evaluating development tools before deciding which to use.

So, here are 10 of the best Java IDEs that are suitable for modern java development, offering convenience and speed for both free and commercial versions. 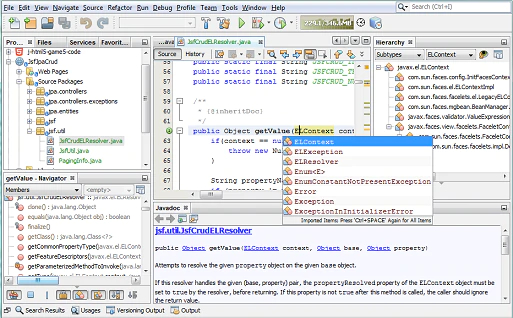 NetBeans was first introduced in 1997 as a student project in the Czech Republic. NetBeans is free, open source, and multiplatform IDE support for Windows, Linux, Mac and Oracle Solaris. It is widely used by professional developers for developing enterprise, web, desktop and mobile applications. 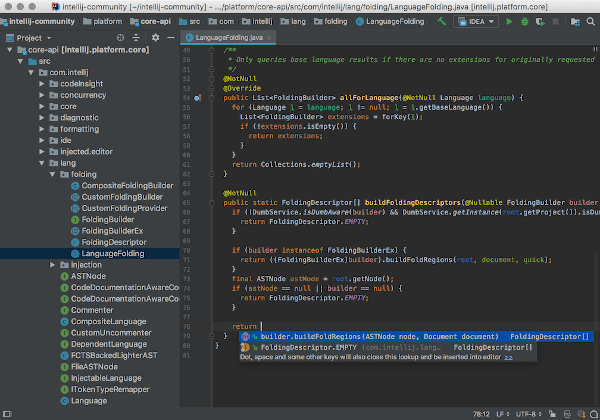 IntelliJ IDEA is a full-featured IDE for Java EE developers and general Java development. This IDE comes from JetBrains which has been in the business development tool for the past 15 years with great success.

IntelliJ IDEA is an IDE for professionals and comes in two editions, the free edition (community) and the ultimate edition targeting enterprise users.

Whereas the ultimate edition carries additional features such as:
You can download the IntelliJ IDEA Java IDE community edition (free). 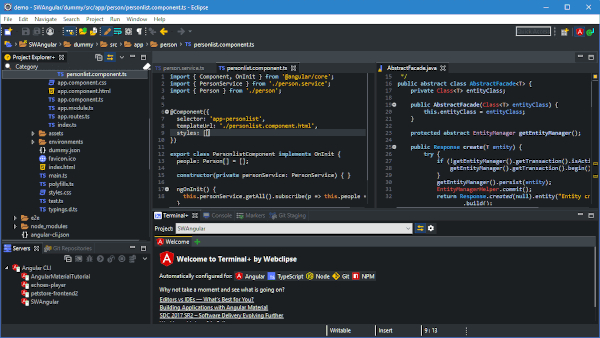 Eclipse is a big name in the world of Java development. Almost all Java developers have used Eclipse at some point in their careers.

Eclipse has its ecosystem with a large community, complete documentation, and many plugins to make Java development easy. Programmers use Eclipse to develop mobile, desktop, web, enterprise, and embedded system applications.

Eclipse is mostly written using the Java language and available free under the Eclipse public license. You can run Eclipse on Windows, Mac OS X, and Linux.

Eclipse has the advantage when it comes to an integrated development environment. Though, it is best known for Java, Eclipse can be used with many other programming languages. This is the best free Java IDE available out there.

Eclipse is extendable and there are many free and commercial Java IDEs with Eclipse, such as MyEclipse, Orion, and RAD from IBM. 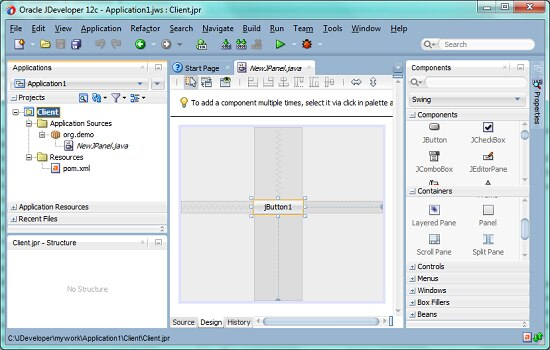 JDeveloper is another open-source Java IDE that comes from Oracle.

This Java IDE equipped with an integrated SQL Developer and PL / SQL query editor and is very helpful in building, browsing and reporting relational databases. JDeveloper is the official development environment for the Oracle Application Development Framework (ADF).
With JDeveloper you also get an embedded WebLogic server making it easy to run, test and debug Java EE applications right in the development environment.

From a web development perspective, JDeveloper has a built-in editor for HTML, CSS, and JavaScript. You also get a visual editor for JSF and also JSP. 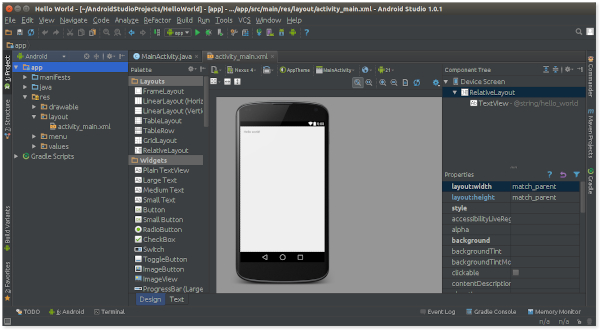 Android studio is the perfect tool for Android development. It is the official integrated development environment for Android released in 2014 by Google to replace Eclipse Android Development Tools (ADT).

Android Studio is built based on the IntelliJ IDEA community edition available free as an open-source Java IDE under the Apache License.

Android Studio features include:
You can find out more and download the Android studio here. 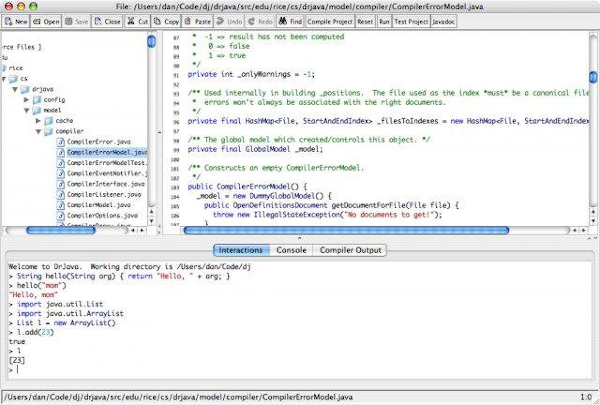 DrJava is a lightweight IDE for java developed by the JavaPLT team at Rice University, Houston, Texas. Currently, DrJava is continuously developed by Sun Microsystems, Inc., the Texas Advanced Technology Program, and the National Science Foundation.

DrJava is not intended to compete with heavyweight enterprise IDEs such as Eclipse, NetBeans, IntelliJ, or JDeveloper. This Java IDE is intended for students and novice developers to learn and create school/research projects.

The biggest advantage of DrJava is quick to set up and start writing Java code in a short amount of time because of the availability files to download such as Jar files, Windows App, and also Mac OSX App. So it is very popular among students all over the world.

Is DrJava the best IDE for learning Java?

Well, it all depends on the needs of each person. Here, DrJava has a strong use in education. 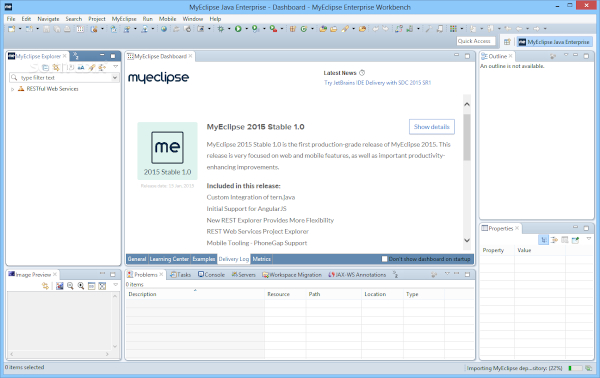 MyEclipse is another best commercial Java IDE built through the open-source Eclipse IDE by a company called Genuitec based in Texas, United States.

MyEclipse is used by many companies and its truly a Java EE Enterprise development platform that produces the best combination of Java EE and new technology.

Find out more about MyEclipse here. 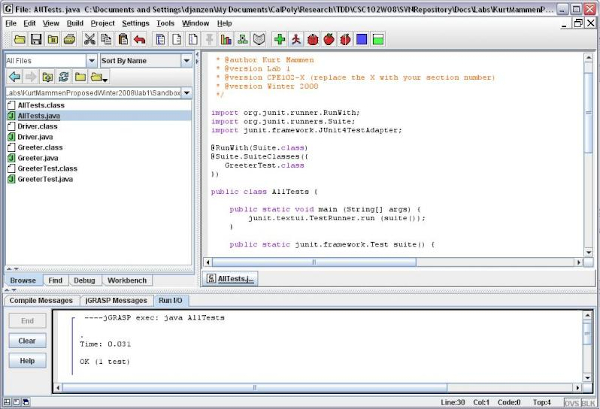 jGrasp is a free IDE for Java. This IDE is best suited for auto-generation visualization of code as a Control Structure Diagram. jGrasp is quite lightweight IDE written in the Java language runnning on all operating systems with JVM (Java Virtual Machine).

jGrasp is the creation of people at Auburn University. The development is supported by a grant from the National Science Foundation.

jGrasp is quite popular among students, campus communities, and universities. At present, jGrasp is used by more than 380 institutions for teaching and training purposes.

You can read more about jGrasp here. 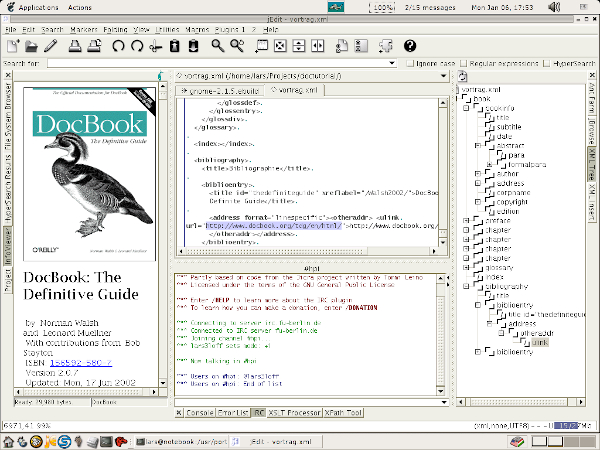 JEdit is a Java editor and open source IDE offers almost all the features required for efficient programming. JEdit is an Editor that can be transformed into a feature-rich IDE with additional use of plugins.

JEdit was originally created by Slava Pestov in 1998 and is available for free download with a license from the GPL. JEdit is written purely using the Java programming language and can be run on any platform including Unix, VMS, Mac OSX, OS/2, and Windows. 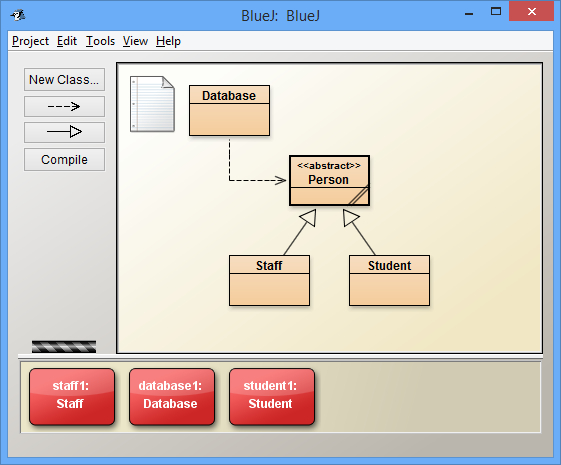 BlueJ is another lightweight Java Editor for beginners used by millions of students and novice programmers around the world to learn object-oriented programming, and Java in general. BlueJ can be used for small scale projects where you don't need to manage a lot of resources or collaborate between teams. The user interface is easy to use and intuitive allows beginners to start quickly without feeling burdened.

One of BlueJ's main features is the Shell/REPL graphic for Java, where you can interact with objects, check object values, pass objects as parameters, call Java methods, and expressions quickly without compilation.

The BlueJ distribution is available with a GNU license and can be installed on Ubuntu/Debian, Mac OSX, Windows, and Raspbian Linux. The Jar JDK BlueJ installer jar file is available for other operating systems.

You can find out more about BlueJ here.